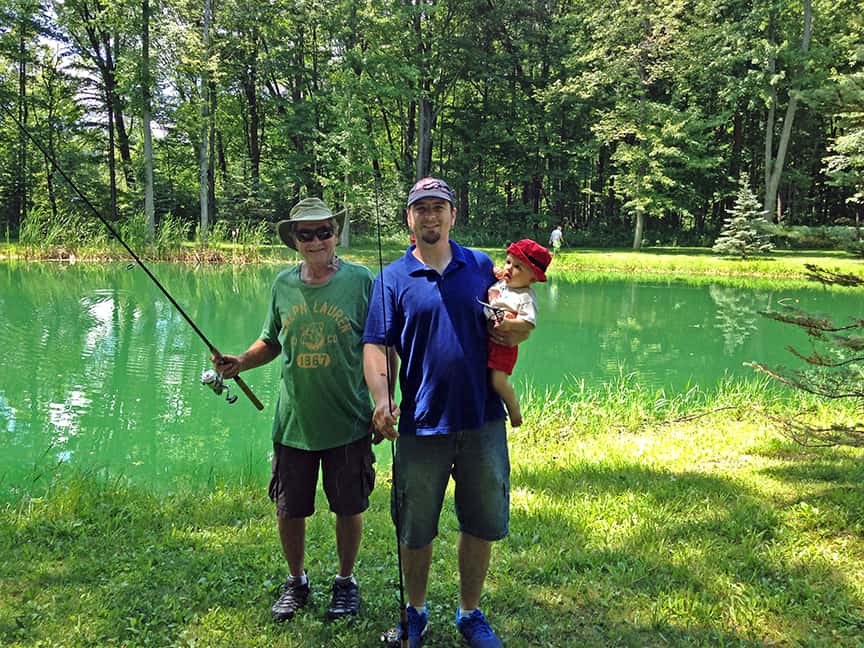 We said goodbye to my father recently at his memorial. At 73 years old, he wasn’t exactly young, but he would have been here a lot longer if his time hadn’t been cut short by the rare lung disease known as mesothelioma. There are a lot of jokes going around about mesothelioma because of all the commercials on television, but it is real and has caused us a great loss. Asbestos in floor tile and adhesive was the culprit, as it has been in many industries including ours as recently as 1979, and even later.

Today we don’t have the same concerns about asbestos, but we may face a greater danger in crystalline silica. In fact, workers in trades like ours are being diagnosed with silicosis in their 30s, and some of them are dying from it. For anyone in the construction trades, the information that follows will hopefully help you to make the changes needed to protect yourselves and your families.

I realize most guys mentally “check out” when they see or hear the word “OSHA,” but its website has a lot of great information on silicosis.

According to OSHA.gov, “Crystalline silica is an important industrial material found abundantly in the earth’s crust. Quartz, the most common form of silica, is a component of sand, stone, rock, concrete, brick, block, and mortar. Materials containing quartz are found in a wide variety of workplaces.” 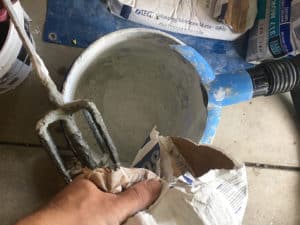 When crystalline silica gets airborne from mixing, grinding, or sanding, the particles you breathe go into your lungs where they damage the lining and air sacs. This causes scarring that leads to serious respiratory issues including (but not limited to) shortness of breath, stiffening of the lungs, fluid buildup and respiratory failure that can lead to death. There is no cure for silicosis, and it is a progressive disease, which means that removing yourself from exposure doesn’t stop its effects; it will normally worsen with time. 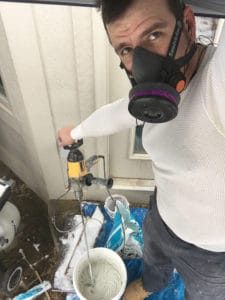 In the flooring trades, silica is a concern because it is in a lot of the products we use to perform our jobs. If you mix floor prep, self-leveler, thin set, grout, Portland cement products, or many other powdery substances, you’ve likely put silica not only into the air, but also on your clothes and into your lungs.

Concrete grinding and cutting, along with many other occupations such as landscaping and brick masonry are also at risk. A Google search will give you an exhaustive list of occupations and industries where silica is a concern. A simple paper dust mask generally won’t be enough to protect you, and when it gets on your clothes, it can come home with you and potentially expose your family.

The Occupational Safety and Health Administration (OSHA) released brand-new guidelines this September that deal specifically with silica exposure to individuals in the workplace. Key points of the regulations include limiting exposure to crystalline silica by requiring employers to provide respirators, using water or ventilation to reduce the amount of contaminant, providing medical exams for employees, educating workers, and providing a plan to protect themselves during and after work. I’m personally not a huge fan of governmental interference when it relates to our efforts to provide for our families in the trades. In this case, however, I am glad to see action being taken and I wish it would have been done sooner. 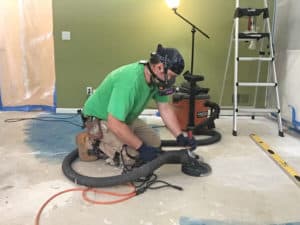 Dealing with the diagnosis and subsequent passing of my father has been difficult, but it has made me step up my efforts in the PPE (personal protective equipment) department even more than I have in the past. A couple of years ago, I upgraded my respirator to a silica-specific canister, and I now use directional exhaust fans with large hoses to clean the air during demo or other types of dusty work. I seldom use a broom anymore, instead opting for my vacuum with a fine particulate bag and HEPA filter. And one of the best purchases I’ve made is called the WaleTale, which attaches to my vacuum and sucks up the dust from mixing before it even enters the air. These types of precautions and a safety mindset should likewise be applied when working with other airborne contaminants and chemicals including adhesives and solvents.

These safety upgrades have already put me ahead of the curve regarding the OSHA regulations. But more importantly, they keep me safer on the job and able to be there for my family. A lot of guys in the trades, especially younger ones, think safety is something they will only need to worry about when they get older. I have a friend who has been a tile setter and mixing thin-set since he was a boy. He has a wife and family, and he was diagnosed with silicosis about 18 months ago. He was 35 when they found nodules in his lungs. Silicosis is not an “old guy’s” problem at all.

Yesterday, I went to my doctor for a routine physical. I had them add a screening for asbestos and silica related lung concerns including a chest X-ray. I’ll admit I wasn’t too nervous until just before the X-ray. Then I started wondering what’s in there after 20-plus years in the flooring trades. I am happy to report everything appears to be fine, and I was able to tell my three-year-old son that dad’s lungs look good. I will continue to get screened every year and share with other tradesmen how critical it is that we protect ourselves in the workplace every day. My young son is brokenhearted about losing his Papa. Now it’s my responsibility to continue protecting him and to do everything I can to make sure he doesn’t lose his dad anytime soon.

To learn more about the new OSHA rules and silica in general, visit: osha.gov/silica.

Jeremy Waldorf is the owner of Legacy Floors in Howell, Michigan. He can be reached at legacyfloors1@gmail.com.