My friends know I’m a Foodie.  (Hell anyone looking at me is going to know I’m someone who likes to eat!)  I’ve previously considered the ingredients in a Big Mac’s bun, but in the next few blog posts, I’m going to look at other aspects of food and the food industry.  I think there are lessons to be found here for us “woodies” as well.

My new hero, Australian chemistry teacher, James Kennedy, has undertaken the challenge to show the world just what is in the everyday products around them.  As everyone can imagine, the egg one caught my eye immediately: 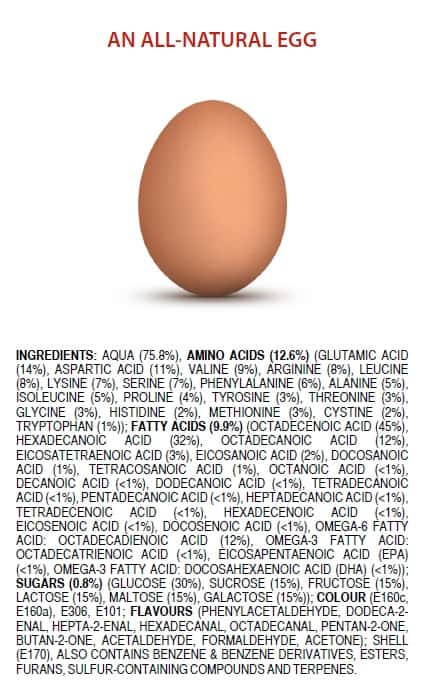 Doesn’t that sound just YUMMY?  I trust in all those scary sounding terms, everyone noted this particular ingredient:

I reached out to Mr. Kennedy and he was kind enough to point me to this graphic created to help counter some of the chemophobia against the use of formaldehyde in vaccines: 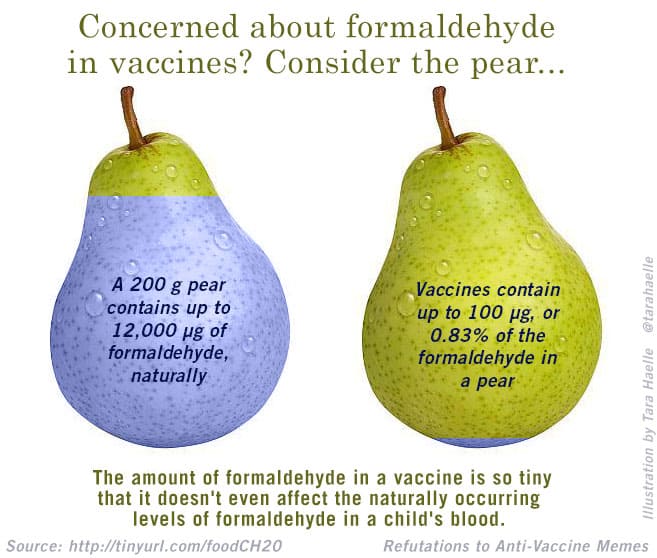 Both of these points go back to my post of a few weeks ago, the issue of Content vs. Emissions.  As discussed in past blogs, human beings naturally contain a lot of formaldehyde as does what we eat.  And guess what—we emit a lot as well, in our breath and in our urine.  Not one of us would be considered CARB Compliant.

I think that this year I’ll be joining Mr. Kennedy and others in a battle against Chemophobia.  I plan to be posting a lot more material by Mr. Kennedy and maybe even an interview or two with him in the near future.  (If you want to jump ahead, he’s got a great post on Bill Gates drinking sewage water…)   And of course be sure to get the entire set of his All Natural Food posters, available in print for a small fee, or free to download: