The Controlling the Assault of Non-Solicited Pornography and Marketing Act of 2003, better known as the CAN-SPAM Act of 2003 (the Act), was created due to an increase in the amount of unsolicited commercial emails sent to all types of individuals and businesses. Many of these emails could have an abusive reason for being sent, such as extracting personal information about the email recipient. Fifteen years later, many are still unsure of the Act’s requirements. So here’s an update on how you can market your business without running afoul of the Act.

For example, an email from Fred’s Floors about a buyer’s previous purchase of flooring and installation tips would be considered a transactional message.

Be aware of what an initiator and a sender are to maintain good business relationships with your email marketing company.
Those who are determined to be a sender or an initiator must comply with certain provisions of the Act and are subject to penalties for violating the Act.

Under the Act, the definition of a sender is a “person who initiates such a message,” and that person’s good, service, or website is advertised or promoted (sender). For example, Fred’s Floors promotes installation tips of its floors in an email message. Fred’s is a sender under the Act because its products are advertised in the email. Companies can limit their exposure to the Act by communicating in the commercial message to the recipient that the message is from a “particular line of business or division” instead of the entire company. If these installation tips were advertised only by Fred’s Hardwood Floors division instead of Fred’s Floors entirely, the company’s exposure might be limited.

Certain actions taken by a company, as well as a third party, may not fall under the definition of “initiate.” A third party using an automatic process to transmit, route, or store an email has engaged in a “routine conveyance” and is not required to comply with the Act. A common example of such routine conveyance is an internet service provider, such as Comcast, playing a technical role in the transmission of the commercial email with no responsibility concerning email addresses and where the message is sent.

If you are an initiator, be sure to identify two areas “clearly and conspicuously.”
Certain aspects of commercial email are so vital that no email recipient should have any problem finding this information in the communication received.

First, an initiator must display a return email address or some “other internet-based mechanism” clearly and conspicuously in the recipient’s email.

A return email address must allow a recipient to respond and not receive future commercial messages from the sender. For example, an email sent by Clark’s Marketing about Fred’s Floors would allow for a recipient to reply to Clark’s Marketing about not receiving any more emails about Fred’s Floors and its commercial products. Under the Act, this return email address must also be able to receive emails for 30 or more days after sending the original email. The Act does require that the return email address provide a “list or menu from which the recipient may choose the specific types of commercial electronic mail messages,” and one option must be that the recipient can opt out of all commercial emails from the sender.

Oftentimes, if a return email address is unavailable, an internet-based tool is in the body of the email with wording such as “If you do not want to receive these emails any more, please click here to permanently unsubscribe,” which may include a hyperlink and leads the recipient to a webpage to click and no longer receive some or all commercial emails from the sender.

Please note that the Act does not specifically require any type of hyperlinked “unsubscribe” item in the sender’s email; the only requirement is being clear and conspicuous about how a recipient can communicate its desire to no longer receive these emails.

It is common for a sender to include language at the bottom of its email that says, “This advertisement was sent by [company name].”

Know Canada’s Anti-Spam requirements.
Canada’s Anti-Spam Legislation (CASL) came into effect in 2014 and regulates commercial electronic messages sent from or to Canada. The biggest difference between the Act and CASL is that CASL has an “opt-in” requirement, where an individual must specifically give the organization permission before receiving a “commercial electronic message” (CEM). Permission can be express, such as in writing or given verbally, or implied, such as an existing business relationship between the two organizations communicating or the recipient disclosing its contact information with no further communication about its objection to receiving commercial messages.

Overall, the Act imposes hefty fines for any violations, so be sure to strategize and spend some time before sending potential spam.

Matthew E. Misichko is an Associate with the Associations and Foundations Practice Group at Barnes & Thornburg. Matthew can be reached at 312.214.4827 or matt.misichko@btlaw.com. 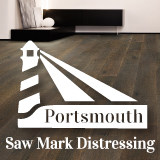