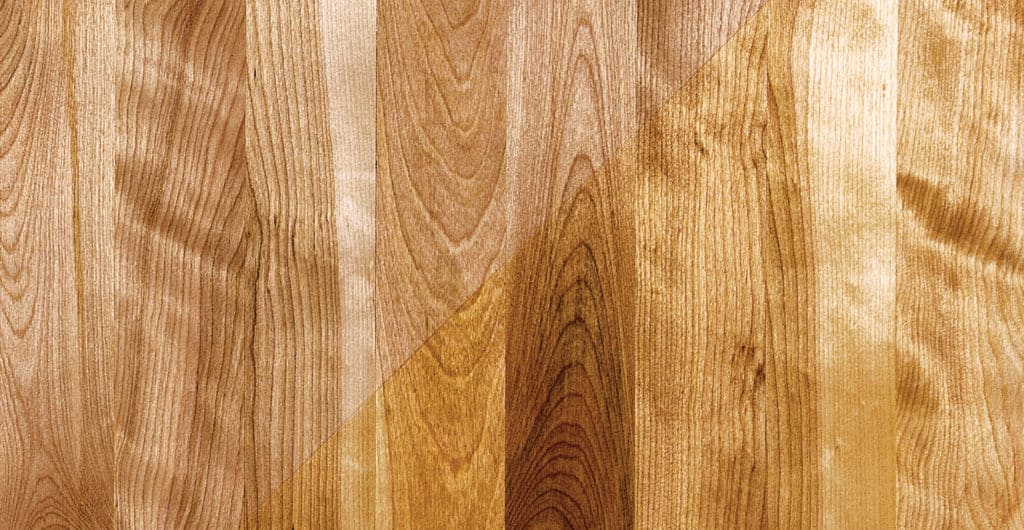 ORIGIN:
The Betulaceae genus (birch) family contains nearly 60 species of trees and shrubs. For the wood flooring industry, we will only focus on yellow birch (Betula alleghaniensis), sweet/red birch (Betula lenta), and silver/European birch (Betula pendula). Some other woods that are within the birch family include alder (Alnus Mill.), hornbeam (Carpinus L.), and hazelnut (Corylus L.)

Yellow and sweet/red birch grow primarily in eastern Canada, in the northeastern United States and Lake states, and along the Appalachian Mountains. Silver/European birch grows throughout Europe, including the UK and Scandinavia. Note: The birch tree is the state tree of New Hampshire, and the National tree of Russia, Finland, and Sweden.

COLOR:
In yellow birch, sapwood is creamy yellow or pale white; heartwood is light reddish brown tinged with red. In sweet/red birch, sapwood is light colored, and the heartwood is dark brown tinged with red. In silver/European birch, wood may be creamy-white to pale brown and can be somewhat featureless with no color distinction between sapwood and heartwood.

GRAIN:
Birch has a fine, close-grained texture that is generally straight. Birch normally has distinct, inconspicuous growth rings. The grain can also be figured or wavy. Figured birch is usually more expensive and sought after for decorative purposes.

NAILING:
There are no known issues with nailing birch.

SANDING:
Extra care should be taken during sanding and finishing, as sanding marks may become more apparent due to the tight grain, density, and light color of the species. It is often required to bring the sanding sequence to a higher grit to minimize visible scratches in birch. Birch can be difficult to stain and may appear blotchy.