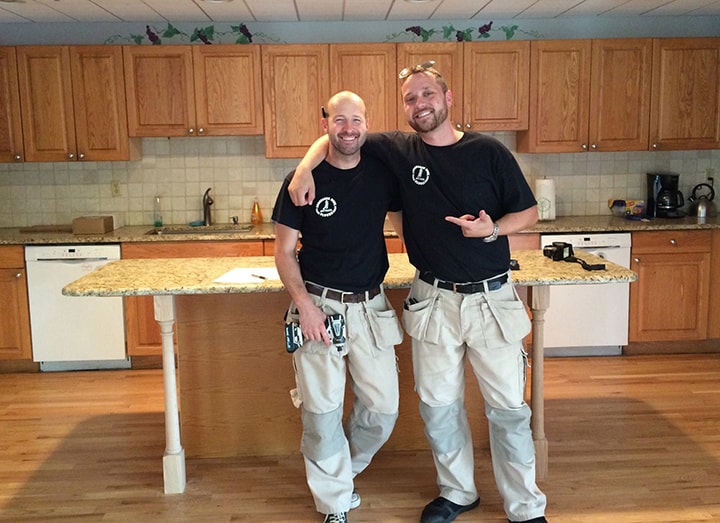 It’s a day that Dan and his wife, Andrea, will never forget. That’s the day they first heard four words that forever altered the course of their lives: “Your daughter has cancer.” The Gorsegners were told that their then 3-year-old daughter, Natalie Grace, had high-risk Acute Lymphoblastic Leukemia (ALL).

“I remember the day she was diagnosed like it was yesterday. At the time, I was a photography editor for a magazine located in Manhattan, and I remember having a few story deadlines as well as an important meeting to attend that day. So I thought I’ll drive into the city and then leave half the day through to take Natalie to the doctor,” shared Andrea. “It’s crazy to look back on that day because if only I had known, suddenly a meeting and a few deadlines become very unimportant.” 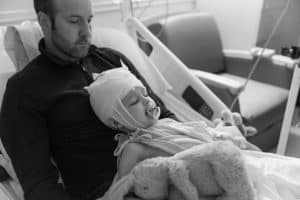 Natalie’s first symptoms had started less than a week prior. She had a fever along with a few other symptoms that would be common for any child to have. They took her to the pediatrician and were told that she had a summer virus and that they just had to play it out. Two days later more symptoms started to occur.

“I noticed Natalie was experiencing bruising, broken blood vessels, as well as trouble sleeping at night, and that’s when I decided to take her back to the pediatrician even though they had said to give it a week,” said Andrea. “Of course I never would have thought cancer in a million years.”

Natalie’s treatment was a little more than two years long, the first year being the most aggressive part of it. The family stayed resilient and received much support during this two-year period. The road was a long one for the Gorsegner family, but as of Nov. 26, 2014, Natalie had her very last dose of chemotherapy and was declared cancer-free. She continues to have regular blood work done as well as a checkup from her oncologist, and in another three years, she’ll be declared cured.

“Those first two months were the hardest mentally because, as a parent, you blame yourself,” said Andrea. “We always led a very healthy lifestyle, but I just kept thinking, how did this happen, what did we do, where did we go? We have no history of leukemia in our family, and as the doctor said, there’s just no rhyme or reason. Unfortunately there’s still so much that we don’t know in regards to childhood cancer.”

To help herself process Natalie’s battle, Andrea turned to her photography. She started bringing her professional camera to every clinic appointment, every hospital stay, documenting Natalie’s entire journey. “For me, photography became very therapeutic. Some people have said that Natalie is going to be able to forget about all of this when she’s older, and question why I would want her to remember any of it,” said Andrea. “While I certainly don’t want her entire life to revolve around childhood cancer or her fight, what she went through is a major thread in her life and I want Natalie to be able to utilize some of those memories as a tool of empowerment when she’s being challenged later in life.” 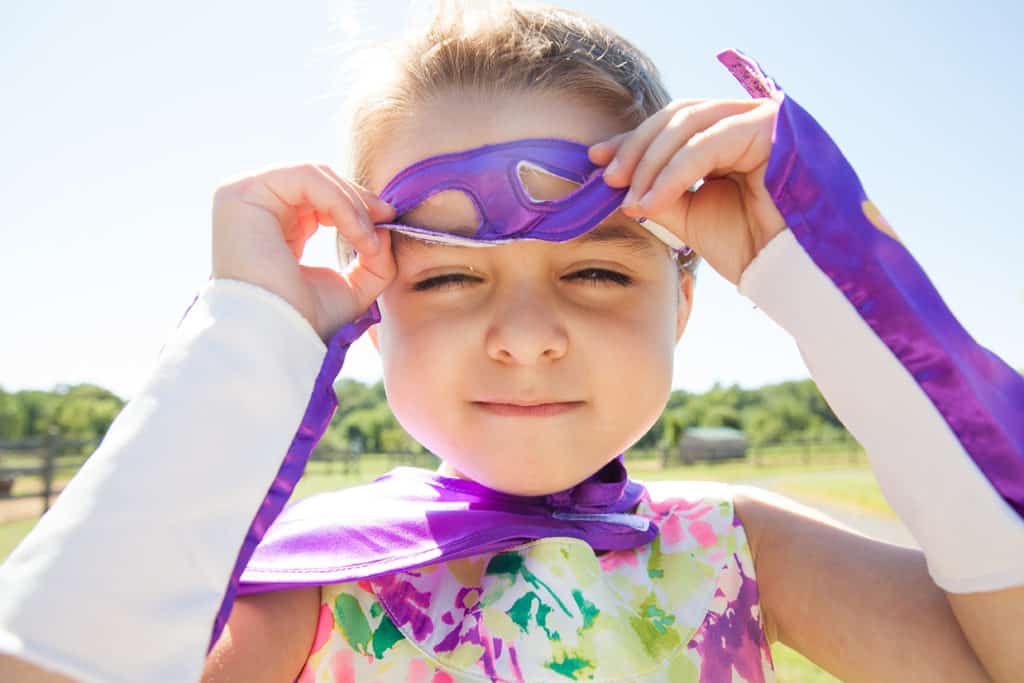 Around that same time, Andrea started getting involved in the childhood cancer community. She began learning as much as she could, not only about Natalie’s cancer but childhood cancer in general. “That’s when I saw the documentary The Truth 365 and first started finding out some of the alarming statistics, the most shocking being that childhood cancer is not only the No. 1 disease killer of children in this country, but it’s also horribly underfunded.”

Research for childhood cancer only receives four percent of the National Cancer Institute’s (NCI) annual research budget. With 16 different major forms of childhood cancer (not including the hundreds of subtypes), four pennies of each dollar is minimal, leaving thousands of promising research grants unfunded.

“Our children are being treated with protocols that are decades old and there have been only three new drugs developed in the past 25 years for any type of childhood cancer. It’s pure insanity when you think about it; our children and their futures deserve better than this,” said Andrea.

That is when Andrea started to advocate for childhood cancer research, and Infinite Love for Kids Fighting Cancer was born. In April 2013, she took a picture of herself and Natalie holding a sign that said, “Will You Send Us a Dollar for Pediatric Cancer Research?” and posted it on Facebook. The results were overwhelming.

“Since September is Childhood Cancer Awareness Month and Natalie’s birthday, I made that my fundraising end date with a goal of $50,000. Long story short, we ended up raising $110,000 in those five short months. The dollars were coming in from every state; children were emptying piggy banks and holding lemonade stands, adults were forgoing birthday presents, firefighters in Atlanta passed around their helmets, even soldiers in Afghanistan spread the word to their fellow soldiers. The outpouring of love was remarkable.”

That first $110,000 went toward Acute Myeloid Leukemia (AML) research since it is not only a very deadly form of childhood cancer, but Andrea also wanted a way to honor her friend’s son, Benjamin Venezia, who died from AML in December 2012. The Gorsegners didn’t stop there. Since 2013, they have collectively raised, with the help of thousands of supporters, a little more than a half a million dollars, with every penny having gone straight to research always in the name of a child who is fighting or who has fought cancer. Additionally, each year, Infinite Love focuses these fundraising efforts on a different type of childhood cancer with the hopes of one day having raised thousands of dollars for them all. 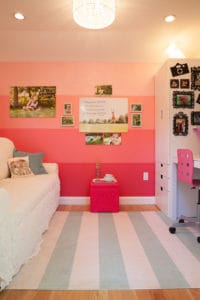 Another opportunity to give back presented itself when a friend of a little girl fighting neuroblastoma reached out. Her wish was to have an amazing, dream treehouse, so Dan and Andrea called everyone that they could think of and secured all of the resources and materials needed to build the treehouse. Dan not only installed hardwood floors, but was there every weekend and multiple weeknights working on the house alongside friends Billy Sherwood (whose son is a neuroblastoma survivor) and Bill Hartenstein. The finished product included incredible details such as a wrap-around porch, heating, air conditioning, refrigerator, TV, and furniture.

While the Gorsegners feel blessed that Natalie has survived, it’s impossible to go back to the lives that they knew pre-childhood cancer. They have felt not only the pain of having to watch Natalie go through the unthinkable, but they’ve had to, and continue to, witness close friends lose their children to this relentless disease. Infinite Love for Kids Fighting Cancer continues to fundraise to fulfill grants that make it possible for researchers and doctors to discover less toxic treatments for children, ultimately providing new pieces to the cancer cure puzzle.

For 2017, the Gorsegners are fundraising in honor of their friends Marian and Jim McCaffrey’s 6-year-old daughter, Mia, who died March 17, 2017, from Parameningeal Rhabdomyosarcoma. While Infinite Love fundraises year-round, their “Will You Send Us a Dollar” campaign will begin on Mia’s birthday June, 19th and end Sept. 30, 2017 (the last day of childhood cancer awareness month) with the goal of raising $200,000 for research in her name.

Mia is the star of the recently released music video “Fighter” (Right Stuff Studio Production). “Fighter,” is an original song written and recorded by singer-songwriter Taylor Tote, Natalie Grace, and her 9-year-old sister (and childhood cancer advocate) Hannah Rose. One hundred percent of the funds raised through the sales of “Fighter” (available for download on iTunes) will provide grants to some of the country’s leading research hospitals and centers that specifically target childhood cancers. “Fighter” is also an Official Selection at the Garden State Film Festival 2017, the Toronto Film Festival 2017, as well as the Asbury Park Film Festival. Watch the video at infiniteloveforkidsfightingcancer.org/watch-the-fighter-music-video.html.

To learn more about Infinite Love for Kids Fighting Cancer, the Gorsegners’ journey, or to contribute toward their $200,000 goal for research, please visit infiniteloveforkidsfightingcancer.org.

Stacy Brown is the Editor/Publisher of Hardwood Floors Magazine, the official magazine of the National Wood Flooring Association. She can be reached at stacy.brown@nwfa.org.