In the quiet town of Amasa, Michigan, NCAA® March Madness® creates quite the frenzy every year. In fact, you could say that this small town, with a population of little more than 350 residents, provides the foundation for the entire tournament. Amasa is home to the mill for Connor Sports®, a Gerflor company, which serves as the Official Court Supplier for the NCAA Men’s and Women’s basketball championships culminating in the Final Four®. 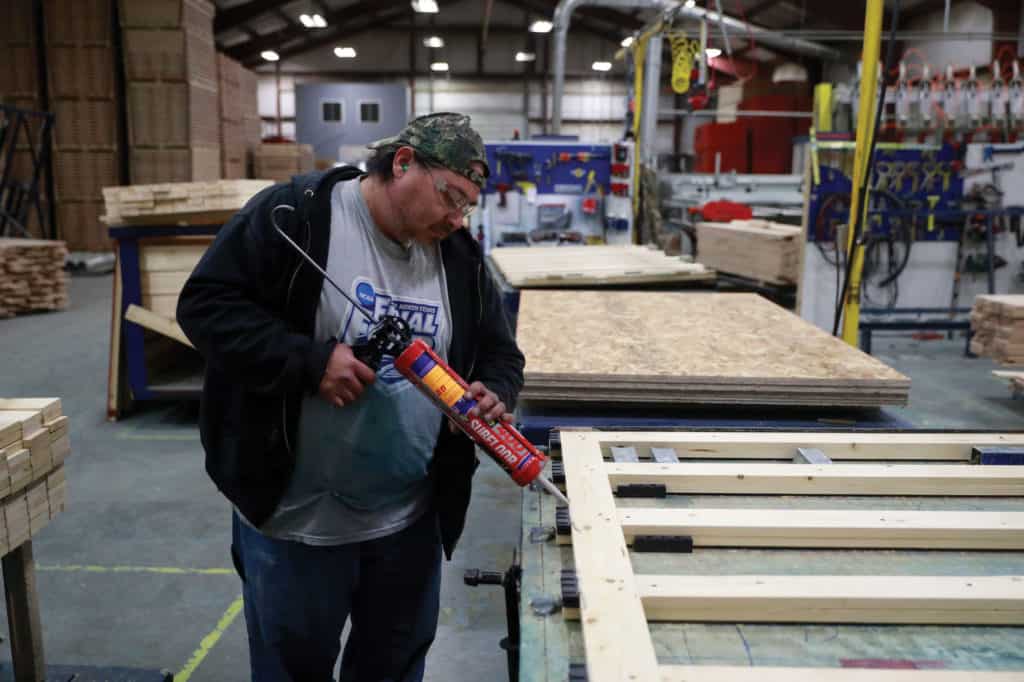 Manufacturing of the floors began in the late fall of 2018. All of the courts are made from Forest Stewardship Council (FSC)-certified first-grade northern hard maple sustainably sourced from Wisconsin forests. Connor Sports manufactured 11 new, portable floors for installation at both the men’s and women’s regionals and Final Four tournament venues. Additionally, the NCAA uses nine courts that are maintained and installed by Connor Sports for the first and second rounds of men’s tournament play.

“We store and maintain the courts throughout the year and make sure they are handled with the greatest of care,” said Brian Klein, Sport and Education Marketing Director, Gerflor USA. “Then we will refinish and service them to get them ready for the new tournament including applying new graphics and making sure they are in optimal condition.” 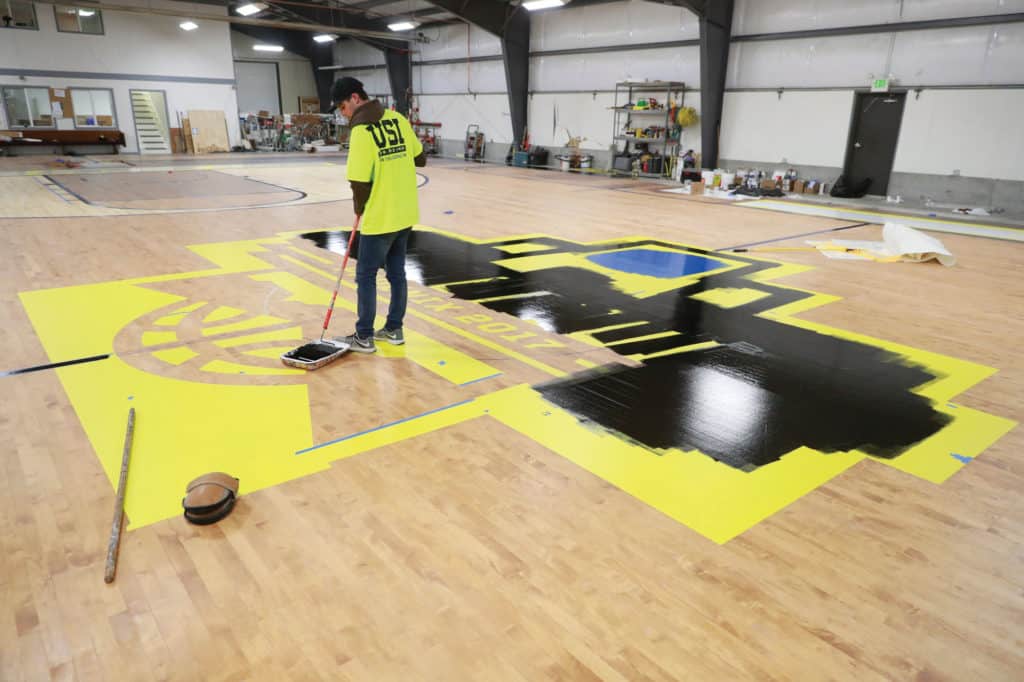 After the courts are manufactured and inspected at the Connor Sports’ mill in Amasa, the floor panels are stacked, banded, and then shipped to Connor’s finishing partners for assembly sanding, sealing, and painting before being loaded and finally delivered to each regional or Final Four venue.

Each year the look of the floors is determined by the NCAA and reflects the personality of the host city. The Men’s Final Four logo is uniquely Minnesotan, combining the contemporary look of the Minneapolis skyline, by including the iconic shape of U.S. Bank Stadium, with the contrasting beauty of nature, a signature asset of the Minneapolis-St. Paul region. Vibrant shades of green and blue evoke springtime and a visual reference to the nearby Mississippi River combined with a bright orange basketball to capture the energy and motion of the city and its love of the sport.

The teal, orange, blue, yellow, and white 2019 Women’s Final Four logo was inspired by Florida’s palm trees, sunsets, ocean ripples, and reflection of the water. The logo also reflects the vibrancy, architecture, and ironwork of Tampa’s Ybor City Historic District, which has been designated as a National Historic Landmark.

“One thing we pride ourselves on is that we’re working with the best finishers in the industry,” said Klein. “The advancements in design and the evolving trends on the aesthetics side of gym floor finishes is something that is led by the NBA and the NCAA in this type of environment, but those techniques and design elements can be used in high school gyms just the same.”

Once on site, each floor takes approximately four hours to install by Connor Sports Technical Supervisors and a team of local workers. The product that is used for the Final Four is called QuickLock®, Connor’s top-of-the-line portable basketball court system. QuickLock features include concealed panel anchorage, laminated sleepers, and interlocking steel tongue and groove. The floors typically are installed directly over the concrete substrate in the various venues. The floors require a broom-clean concrete subfloor to a flatness tolerance of 1/8″ in any 10′ radius. The QuickLock system assembles with a pin system that allows the panels to swing and lock together.

The Final Four court presents an additional challenge as it’s installed on an elevated stage to allow for better viewing for TV and on site. “It’s an interesting situation where the floor is elevated off the ground approximately 3-4′ and the whole court is on top of the stage. So that structure has to be built first, and then the court is installed on top,” said Klein.

“The technology, engineering, and design that go into the court itself are something that’s hidden away from the public and even the players to some extent. You end up focusing on the sport, and you end up focusing on the graphics that are on top of the court,” said Klein. “We take great pride in the work we do and put in a great amount of effort to ensure the surface they are playing on is safe and provides the best athletic performance benefits.”

View a time lapse video of the 2018 Final Four® court.

Stacy Brown is the Editor/Publisher of Hardwood Floors magazine, the official magazine of the National Wood Flooring Association. She can be reached at stacy.brown@nwfa.org.