I titled the last blog “Planting Oxygen,” and for the next two posts, I want to look at two different studies that have caught my eye recently that are related to that topic.

The first appeared in Science.  It said there is 0.9 billion hectares of available land sitting there just ready to become new homes for lots of trees.  This is roughly the area of the United States and using this land wouldn’t reduce natural grasslands, farms or cities.

It is estimated that foresting this land could “trap about two-thirds the amount of carbon released by human activities since the start of the Industrial Revolution.”  (Fun related fact:  according to a great list of tree facts by North Carolina State University, “an acre of Radiata Pine trees (~120 trees) has the potential to sequester roughly 5 tons of CO2 per year.”)  That’s a pretty impressive argument for more forests, but the goodness doesn’t stop there.

Everyone knows about trees and carbon dioxide, but did you know they can also absorb other potentially harmful gasses, such as sulfur dioxide or carbon monoxide?  Trees are often depicted as the Earth’s lungs (did you know that one large tree can supply four people with a day’s supply of oxygen?), but in many ways, they are also the Earth’s air filter.  (Another fun fact:  the air’s dust level can be up to 75% lower on the sheltered side of the tree compared to the windward side.)

It is also suggested that the trees would help cool the earth by changing out much and how the sun’s heat is absorbed.  (The American Forestry Association estimates that 100 million new trees would cut US air conditioning costs by $4 billion annually.)  It is also possible that the trees might encourage rainfall, helping arid climates become more fertile, or cooling the earth with more cloud cover.  More forests can reduce soil erosion and increase ground water storage.

Planting billions of trees world-wide is probably the single best way to counter climate change, with huge additional benefits.  Think of the wildlife that would come with the trees. Think of the other possible gifts we could enjoy depending on what we plan—maybe maple syrup and rubber sap, or walnut and brazil nuts or pine nuts, or apples and mangos.  And think of all the new floors we could create in the future. 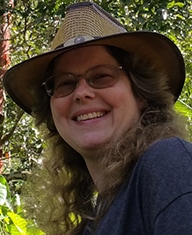