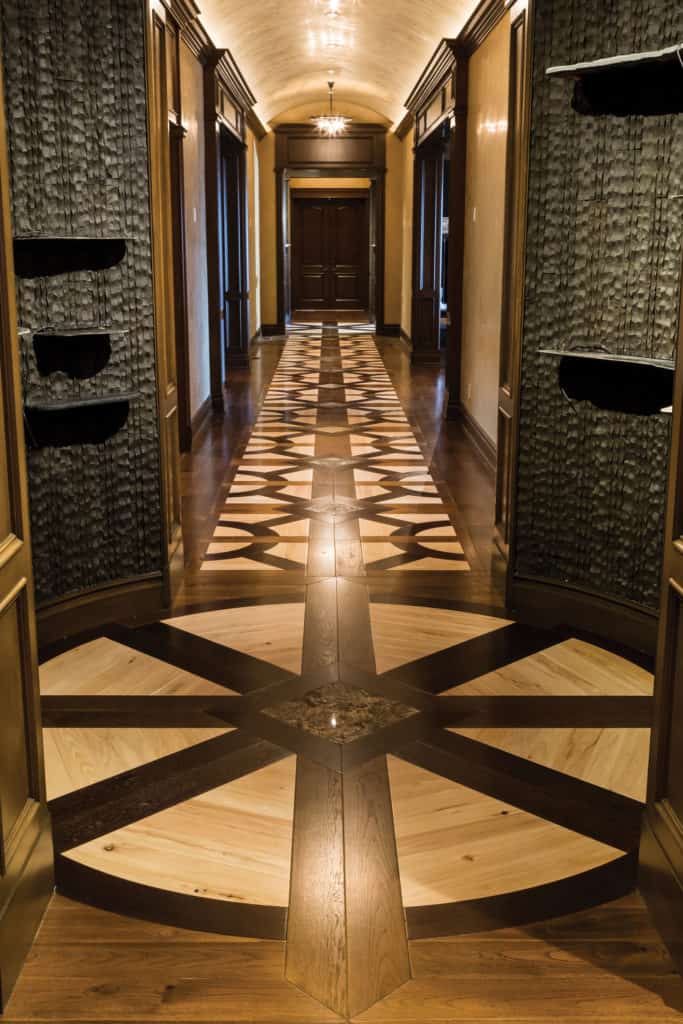 Greg Glasnow of Acorn Hardwood Flooring has serviced Santa Clarita and areas throughout Southern California and surrounding states since 1979. The company is renowned for installing its very own custom, distressed, pre-finished, manufactured-to-order flooring produced by Aged Timber Co. Inc.

Glasnow attributes his career path to the inspiration and guidance he received from his grandfather, E. George. Graduating from Berkley with a degree in Pharmacology, E. George was always fascinated with how things work, often experimenting with traditional alchemist properties in his work serving as a pharmacist in Northern California. After years of running a successful community pharmacy, E. George took over Thorngate Manor Carriage, an opportunity that allowed him to match his love for working with his hands and his knowledge of ancient alchemy and potions.

Initially, Thorngate Manor Carriage catered to local farmers, ranchers, and riders, building and repairing wagons, tac, and bridle equipment. After years of continued excellence at Thorngate Manor, he was approached by the movie-making industry to build and restore wagons, carts, and other props used in period pieces. The work required a skilled eye to match in color, finish, and era.

From an early age, Glasnow spent summers working alongside his grandfather. He adopted the ancient methods of alchemy that his grandfather used for creating dyes, while developing an appreciation for his grandfather’s love of working with his hands and his commitment to excellence.

At age 18, Glasnow received his flooring license; at 19, he opened his first shop selling carpet, flooring, and installation services. In the beginning, he even called it home, sleeping in the backroom. “I couldn’t afford a store and an apartment, so for the first year, I lived in the store,” Glasnow laughed. “I got a gym membership, and they must have thought that I was some sort of a gym rat because I was there twice a day taking a shower.”

In 1979, Glasnow sold the store and started installing hardwood product. In 1987, he met his wife Donna, who began directing day-to-day operations for their business. In 2000, Aged Timber was founded. Since then, Aged Timber has become known for its innovation and love of woodworking, and this year’s Wood Floor of the Year winning entry in the Best Circular/Curved Application category is no exception.

WHAT MAKES THIS FLOOR UNIQUE
The customer approached Glasnow with a precise vision. “She knew exactly what she wanted, and came to us with it drawn on a little notepad. She wanted three specific colors, so we incorporated it all.”

The 8,900 square foot, nail-down and glue-down installation of light rustic hickory/pecan was installed in a plank, herringbone, and parquet pattern. The gallery flooring is 900 square feet.

The project started by using a CAD system, sizing each room and creating the pattern. All gallery parquet patterns were hand cut, routed, tongue and groove, and center matched. All were cut, pre-finished, and assembled in the factory and reassembled on the jobsite. Engineered flooring was used in this installation for stability due to the constant moisture content changes in the state of California.

“Those arcs required 10” wide engineered material to cut. The pattern has a lot of curves in it, and curves eat up a ton of material. Everything was done with a router and a beam, essentially a big pendulum, and we had a micrometer on the end of the router. Since we had to make two identical circles we had to use jigs, we couldn’t hand cut it,” said Glasnow.

The large center patterns were made up in 38-1/4” tiles to make the large 62” x 62” patterns. There are two 10’ circular rounds on each end of the gallery made up of 38 pieces/circles reassembled on the jobsite.

“Everything is tongue and groove; no slip tongue, no square-edged material. We make parquet for a living, and I just hate it when you rattle a parquet, and they fall apart, so we do it the way the NWFA suggests, all natural males and females. It just makes sense for a better floor,” said Glasnow.

“The challenge was, as always, assembling the patterns dry, and then after applying a finish seeing some of the pieces grow. So I would put it together, and then sand the tongue and grooves and make sure that it fit,” said Glasnow. “And then when we get out to the jobsite, and it came time to put the stone in, you just pray that you can get it to drop. We must have measured it seven times in the shop. The last circle was a little hard to get, but we got it.”

The project took approximately two months in the shop and one month of installation on-site. Glasnow was fortunate to be able to go back after the home had been completely finished to photograph the floor for the contest entry, one of his favorite moments on this project. “When you lay a floor like this, you typically get out of the job early; you never see it furnished or finished. So when we went out there, this was the first time I saw it in its entirety. Getting to see the customer and her smile, she was just so pleased with the job, and that’s probably the best part.”

When asked what he considered to be the most valuable part of entering the competition, he shared, “These awards are not just important for the guy that gets the award. I think the fact that we keep pushing ourselves to be bigger and better than our last job, the real beneficiary is really the customer. She may not know that everything is tongue and groove, or that everything is hand selected and hand cut, but she knows that she got a good floor. I think the whole contest makes the industry better, and the customers are the real winners.” 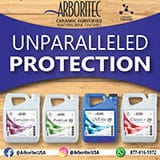 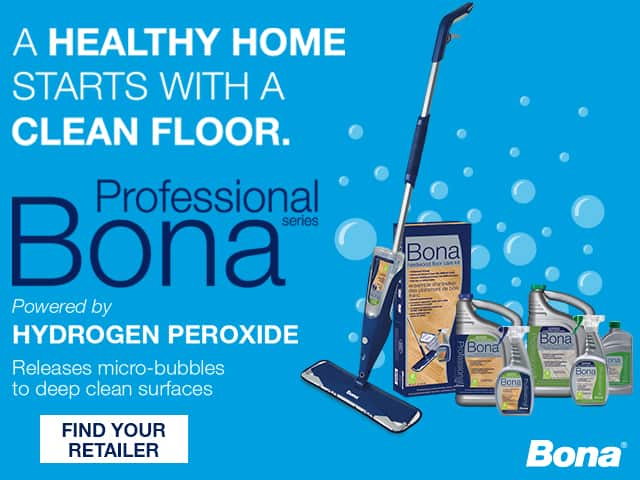