Earlier this year I said we need to be “clear, specific and accurate about our statements.” And that’s not easy at all. For example, it is easy to say “Zero VOC Content,” but it can take a page or two to explain what that REALLY means. Or if you want to be scientific, you say “a type of particulate matter less than 2.5 microns in aerodynamic diameter” but if you want to be generally understood you call it “dust.” We have to choose our words for the audience and purpose. Certainly folks need to recognize that this is a highly complicated field and things aren’t simple. We can’t always cram complex ideas, issues, or specifications into a logo or a single sentence. And there are times when we need to be more specific then “dust.”

I have a very well-deserved reputation within the industry for lengthy emails. (Please consider this a public apology to my regular correspondents.) But most of the issues I deal with is not stuff you should short change. I don’t think this should be a sound bite industry. We should not be rushing to judgment or just generalizing conditions based on the actions of one company or one product or worse, something we saw/read/heard about that happened to a friend’s second cousin’s husband’s co-worker’s mother-in-law’s hairdresser….

A while back I got a survey call, something on local politics. After going through the basic info, they got to the meat of the matter—how I felt about a local ordinance that had just passed. I hadn’t heard about it, so I refused to take a position. (It was clear after a moment of questioning that this poll really hoped I’d come out against the new law. The questions were worded in such a way that you nearly had to respond in a specific direction.)

I responded to questions with “I can’t say because I don’t know the details,” and the pollster would respond, “well, based on the idea, do you think you’d lean for or against it?” I said again “I can’t answer that as I don’t know a thing about it and the devil is in the details.” “Well, do you think you might favor or oppose such a thing?” “I don’t know because I don’t know the details.” “Well, I’m required to have you take a position.” “Well, you’re going to fail because I’m not going to say I think something is a good or a bad idea without understanding what I’m supporting or opposing. If you don’t like that, we can end the survey now.” And we did.

But that’s what we’re always being pushed to, aren’t we? To take a position without full information? To react without knowledge? And it’s EVERYWHERE, not just in flooring. We’re forced to rely on logos on packaging that imply something is safe; on salesmen who tell us a product is going to perform properly and solve a problem we may not even known we had; on talking heads and politicians trying to solve the Middle East in a 20 second simplified spin that’s always about what isn’t be done by someone else. And as I’ve said over and over, it is all about selling fear too. A measured thoughtful analysis of an issue won’t grab the audience the way screaming “THIS WILL KILL YOU” does…

We are all about getting it fast. We click through webpages in seconds. (According to Time Magazine, depending on the type of page, 33-55% spend fewer than 15 seconds actively on a webpage.) We cut short the microwave’s 2 minute heating cycle to get to the burrito a few seconds faster. We watch TV (ideally with picture-in-a-picture view) with a hand on the remote, ready to immediately switch the channel. We want every action to be an icon we can click, to have every issue boiled down to a catch phrase. We have little patience for the details. Stereotyping and generalizing is easier than looking at each condition case by case and digging into the details.

But for the important things, I’m all about the details. I’m all about really understanding the issue. If I’m going to offer an opinion, I want to know what we’re talking about, not just guessing if it sounds like a good idea or not.

If you regularly slog through my blogs, I thank you. And I salute you. I know they aren’t always fun or easy. I know I can get on my soapbox and rant. I know I’m wordy. But damn it, we can’t do everything in a 15 second click through or a 20 second sound bite. At some point, we’ve got to get into the weeds….

Thank you all for wading through the weeds with me this blog. 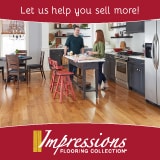