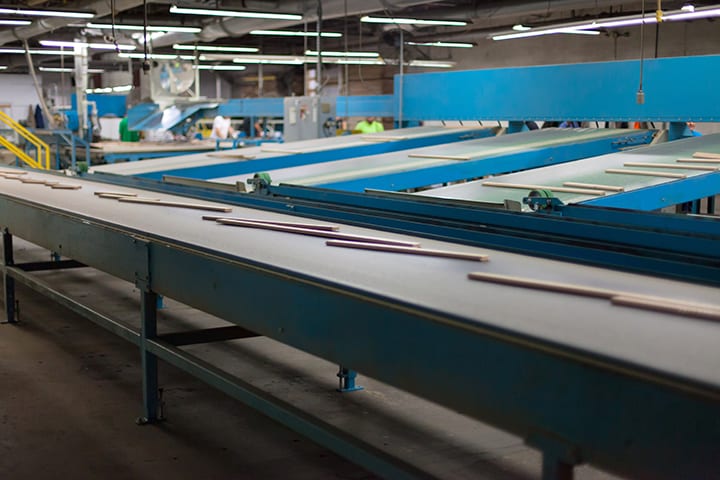 Import’s share of U.S. sales leveled off in recent years due to U.S. International Trade Commission (ITC) actions and enforcement of legislation requiring that wood flooring materials come from certified sources. Government actions targeted the surge of imports from China; however, any cutback in Chinese market share was more than made up by other Asian manufacturers. During 2016, however, foreign-sourced products primarily lost share due to rising prices, while U.S-made wood flooring prices declined. U.S. manufacturers, however, can only take advantage of this improved price competitiveness if they invest in new and more efficient domestic production capacity.

Foreign-sourced products were able to make significant inroads in the U.S. market as their price advantage widened. In 2007, average import prices were only 7.6 percent below average selling prices of U.S. manufacturers. In 2015, that gap rose to 53.1 percent. Foreign-based manufacturers also were able to supply exotic species, colors, and textures not available at competitive prices from U.S. manufacturers.

The initial surge in import shipments came from China. In 2012, Chinese manufacturers were able to capture 22.9 percent of total U.S. sales, up from only 5.4 percent in 2007. Chinese producers lost some share in recent years due to the imposition of antidumping duties and countervailing duties imposed on Chinese engineered wood flooring imports by the ITC. Manufacturers from other Asian countries, such as Vietnam and Cambodia, quickly filled the void. 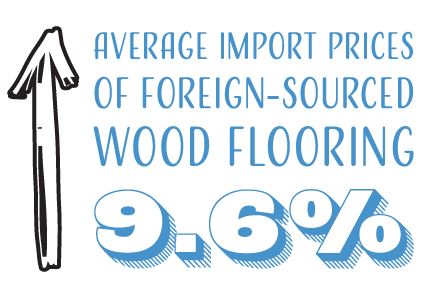 In 2016, however, foreign-sourced wood flooring saw a cut in their price advantage as average import prices increased by 9.6 percent. This compares to an 8.2 percent decline in average U.S. manufacturer selling prices. U.S. manufacturers were able to cut prices due to the decline in U.S. lumber prices in 2015 and early 2016. Meanwhile, the most significant change was the 13.3 percent price increase for Chinese-made engineered wood flooring.

At the same time, legislation, such as the Lacey Act, held down import gains since buyers of wood flooring had to document the source of the lumber. The Lacey Act made U.S. distributors, retailers, and contractors turn to domestic sources of supply to make it easier to guarantee the chain of supply. 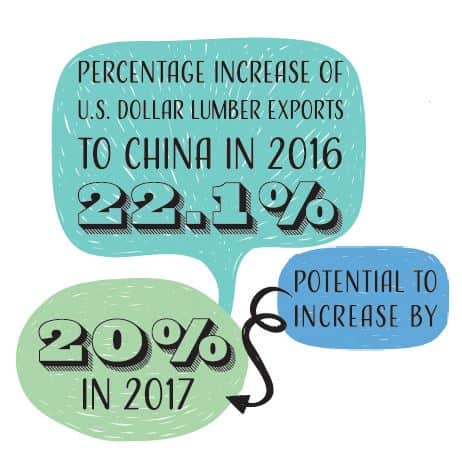 Legislation also caused foreign-based manufacturers to source their lumber supplies from managed and certified forests. That is exactly what Chinese manufacturers have done. U.S. dollar lumber exports to China increased by 22.1 percent in 2016 and could increase by another 20 percent during 2017. Lumber shipped to China is used to manufacture furniture, plywood, flooring, and other wood products. Chinese customers currently account for more than 40 percent of total U.S. lumber exports, up from only a 10.8 percent share in 2007. This allows Chinese manufacturers to ship back certified wood flooring to the United States.

This also means that Chinese manufacturers must contend with the 7.2 percent increase in U.S. lumber prices over the first two months of 2017. Rising lumber costs coupled with sharp increases in Chinese labor costs could further reduce the price-competitiveness of foreign-sourced wood flooring. 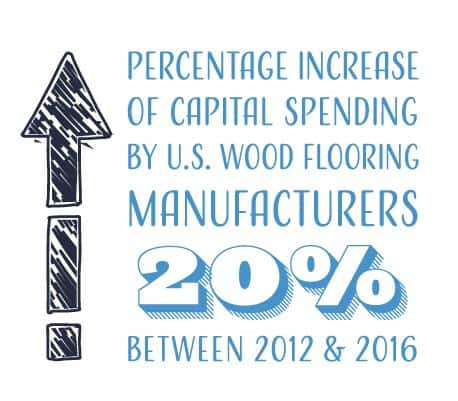 Domestic manufacturers can only take advantage of an improved competitive environment if they build enough U.S. production capacity to capture sales from foreign-based manufacturers. That does not seem to be happening. Between 2012 and 2016, U.S. wood flooring manufacturers are estimated to have increased capital spending by about 20 percent. This is less than half the increase in new plant and equipment spending seen in the other U.S. floor coverings sectors. For example, Armstrong Flooring, a leading U.S. wood flooring manufacturer, cut their wood flooring segment capital spending by more than 50 percent between 2014 and 2016.

So that takes us back to our opening statement. Are U.S. manufacturers willing to invest in new and efficient domestic wood flooring production capacity to take share back from foreign-sourced products?

Catalina Research is tracking wood flooring industry trends during 2017 including an analysis of U.S. manufactured versus foreign-sourced products, customer demographics and factors driving demand, and the outlook for 2018. This data and information will be part of the Catalina Report on Wood Flooring.