In addition to taking up a packed agenda in early 2022, U.S. House lawmakers and Senate incumbents running to keep their seats, or as we say in D.C., “in-cycle,” this year are kicking their fundraising efforts into high gear before the November election. Major policy issues including transportation bottlenecks, inflation, and continued management of the pandemic will assure robust contests and debates between the candidates throughout the year. While members of the hardwood industry have identified these as major issues impacting their business in 2022, according to a survey conducted in late 2021, the industry also is concerned with policies related to forest management, trade, and taxes. All these policy issues will have an impact on the political outcomes in November.

To make things even more interesting, midterms add a twist that places the party in power – in this case the Democrats, who currently control the executive and legislative branches – in a more vulnerable position than the minority party Republicans. As a rule, midterm elections present the minority with a built-in advantage to gain seats in Congress, largely by messaging and shifting ownership of current challenges to the party holding the majority. Also, recent history shows us elections that coincide with extraordinary policy challenges and changes tend to go badly for the party in power by delivering landslide majorities to
their opponents.

Nowhere is this scenario more apparent than in the House of Representatives. In 2010, on the heels of the enactment of the “Affordable Care Act,” Democrats lost 68 seats in the House, or more than 25 percent of their caucus following the election. In the highly contentious 2018 election, Republicans lost 43 seats in the House, flipping the chamber to Democratic control while also delivering a substantial majority to Democrats going into the 116th Congress.

Of course, it is entirely possible that some event, national or international, could up-end all preconceived election year predictions – and change historical perspective. Regardless, the only certainty is that the evening of November 8 most likely will be a long one for candidates and others who closely follow politics.

Recent history shows us elections that coincide with extraordinary policy challenges and changes tend to go badly for the party in power by delivering landslide majorities to their opponents.

The election cycle also impacts the chances of proposed bills moving through the legislative process. Contentious election years usually find most lawmakers more interested in campaigning from the House or Senate floor than actually moving legislation. In addition, incumbents often avoid taking a stand on controversial issues that might cost them political support. This year, however, Congress is poised to move at least some legislation that will have impacts on the hardwood industry.

In January, President Biden conceded that his signature $1.75 trillion tax and social spending plan might need to be broken up or modified to move forward. To that end, a package focused on greenhouse gas mitigation measures included in the House-passed Build Back Better Act and another vehicle including some green energy tax credits, could come together before the election. The question remains about how the included programs would be funded, although there is agreement that increasing taxes on business and “the wealthy” will almost certainly be part of the mix.

If smaller packages materialize, the Hardwood Federation will track the revenue raisers identified to pay for these provisions closely and urge lawmakers to steer away from funding these provisions through increased taxes on small businesses.

An aversion to controversy likely will entice lawmakers to rally around more bipartisan, consensus legislation such as ocean shipping reform. In December, the House passed the “Ocean Shipping Reform Act of 2021” by an overwhelming and bipartisan majority. This important bill would prohibit ocean shippers from leaving U.S. ports with cargo for exports. On February 3, Senators Amy Klobuchar (D-MN) and John Thune (R-SD) introduced a companion bill in the Senate, building even more momentum for the legislation this year.

The Hardwood Federation strongly supports the passage of the Ocean Shipping Reform
Act and has communicated with House and Senate offices, expressing our support. We also have made this a key talking point during meetings with members of Congress during the last few months.

Although the current farm bill, the “Agriculture Policy Act of 2018,” does not expire until 2023, Congress is conducting hearings and stakeholder meetings in 2022. The Hardwood Federation is laying markers already with committee leaders about the need to quantify the important role of forest products in capturing and storing carbon within the context of federal climate policies. The industry also will fight for full funding of the Market Access Program and Foreign Market Development Program within the context of the upcoming legislation.

Dana Lee Cole is the executive director at the Hardwood Federation, a Washington, D.C.-based hardwood industry trade association that represents thousands of hardwood businesses in every state in the United States and acts as the industry advocacy voice on Capitol Hill. She can be reached at dana.cole@hardwoodfederation.com. 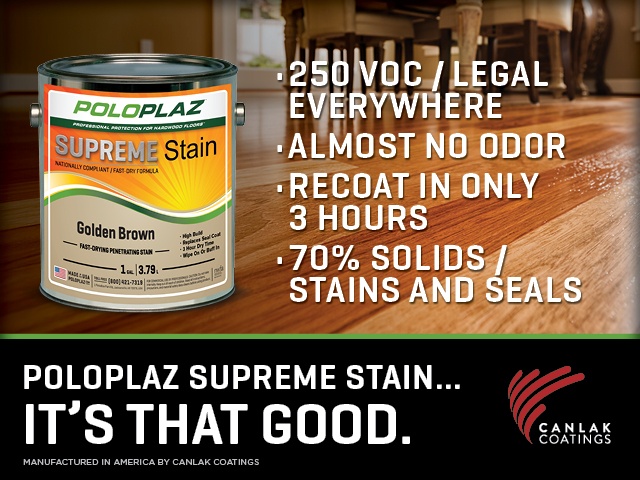